If you're involved in a car accident, you should always call the police and obtain a copy of the police report, no matter how serious the crash is. Even if you think it was only a minor rear-end collision with little property damage and you don't believe you were hurt, you should call 911.

Why is this so important? Our San Diego auto accident attorney explains that you may have experienced something more serious that's not always apparent beyond the surface, such as traumatic brain injury, back, and spinal injuries, or internal bleeding. These conditions often take days or longer to reveal symptoms.  The damage to your vehicle might also be more than it initially appears, and so the repair costs are higher.

When you file your claim with the negligent driver's insurance company, having a police report can help you reach a fair settlement with them because there's a direct correlation between your injuries, the vehicle damage, and the incident. 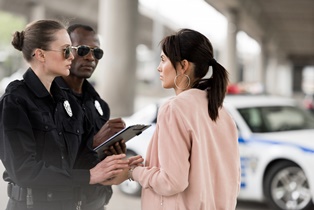 The police are trained in how to investigate an auto accident. When they arrive, they'll secure the scene and investigate the details of the collision and how it occurred, then write a report.

This report can contain helpful information and lead to other evidence that helps prove fault for the incident.

Although the police report isn't admissible in court for legal reasons, it can still be extremely useful when you file an accident and injury claim.

If you or a family member was injured in a car accident in the San Diego area or Southern California, take advantage of my offer of a free consultation to learn how I can assist you. I handle these cases on a contingency fee basis. This means you won't owe any attorney fees until I settle your claim. Call my office today to schedule your appointment.