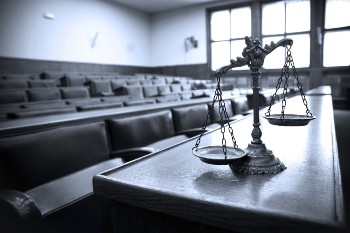 If you were hurt in an auto wreck in California, you are entitled to compensation for your injuries if you can prove the other driver’s negligence was the cause of your crash. You could need to file a lawsuit against the negligent driver if their insurance company makes a lowball settlement offer and refuses to settle for you what you deserve as our San Diego car accident lawyer explains.

Here are the steps you will go through in litigating your claim.

Step 1: Draft and File Your Complaint

The first step your San Diego personal injury attorney would take would be to draft your complaint and file it with the court in the county where your car accident happened. In the complaint, your attorney would state the details of your accident, how the other driver’s negligence caused it, what injuries you suffered, and how much you are seeking in damages.

Step 2: Service of Your Complaint

When your lawsuit is filed, the court clerk would issue a summons ordering the driver you are suing—referred to as the defendant—to file a written answer to your complaint. Once your lawyer receives the summons from the court, they would arrange to have the defendant served with the summons and your complaint. They would either pay a court officer or private process server to hand-deliver these legal documents to the driver.

Step 3: Answer to Your Complaint

The defendant would have approximately 21 days to file a written response to your complaint. They would most likely do so through a lawyer hired by their insurance company to defend them.

In their answer, the negligent driver would admit or deny each paragraph of your complaint. Don’t be surprised if they deny all the allegations even if they are true. They could also raise affirmative defenses to your lawsuit, such as that you were partially at fault for causing the collision.

The longest period of your case could be the stage where the defendant’s lawyer and your lawyer engage in discovery. While it may seem like your case is not progressing, this is not true. Your lawyer is obtaining information and documents from the defendant and their insurance company that may help prove your case.

There are a number of ways to engage in discovery in a lawsuit in California. They include:

There could be a number of court hearings in your case before it is scheduled for trial. The judge would most likely set pre-trial hearings for the lawyers to update the court on progress in the discovery phase and efforts to settle your case. Hearings could also be needed if motions are filed, such as to compel discovery or to dismiss your lawsuit.

Your lawyer will enter into settlement negotiations with the defendant’s attorney at various stages of your lawsuit when they believe that discussions would be productive. As your lawsuit progresses and your attorney collects more evidence that proves your case, it is likely that the insurance company will agree to a favorable settlement.

If the insurance company refuses to be reasonable, your case would be scheduled for a jury trial. At your trial, you would testify and produce witnesses and evidence to establish the other driver’s negligence in causing your car accident, the seriousness of your injuries, and the amount of compensation you deserve. The defendant would also be able to present testimony and evidence that supports their defense.