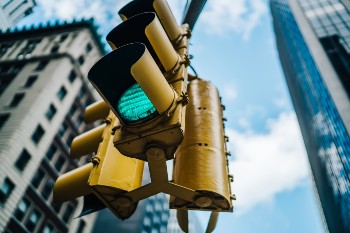 Many car accidents occur at intersections on city and rural roads in California. Even though drivers may be traveling at slower speeds at a traffic light or stop sign, victims still suffer long-term injuries or death in these preventable collisions.

If a family member or you were injured in an intersection auto crash, get in touch with an experienced San Diego car accident attorney as you may be entitled to compensation for your injuries. However, you will need to prove that another driver was to blame for the collision in order to recover damages from their insurance company. Understanding why these wrecks occur can help you pinpoint the cause of yours.

Traffic lights and traffic signs are designed to prevent accidents. When a collision occurs at an intersection, it is often due to a driver’s negligence and violation of basic traffic laws. Here are the most common reasons they happen:

In order to recover the compensation that you deserve from the insurance company, you will need to prove that the other motorist’s negligence caused your crash. You can begin collecting the evidence you need to win your case right after your collision occurred. Here are types of evidence that can help you:

You need the help of an experienced car accident lawyer to determine the cause of your intersection auto collision. They will also know what evidence you need to prove the other driver was negligent and can collect it for you. It could be impossible to obtain some types of evidence, such as cellphone records, surveillance footage, and the other vehicle’s black box, on your own.