Rear-end collisions are some of the most common car accidents in San Diego County and Southern California. Many people, our San Diego car accident attorney explains, mistakenly believe that these crashes aren't serious—until they suffer injuries after being involved in them. 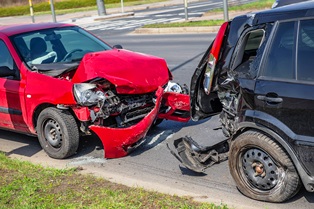 The sad truth is that rear-end accidents often cause long-term injuries or death. The Insurance Information Institute reports that in 2016 they were the third leading cause of moving vehicle fatalities, with 2,350 victims killed nationwide.

All drivers must maintain a safe distance between their vehicles and the ones in front of them so they can stop or slow down in an emergency. This duty is almost always breached in a rear-end collision. Here are the most common causes of these accidents.

In most cases, the driver behind the front vehicle will be found to be negligent in causing a rear-end crash. However, there are situations where the motorist in front was at fault. Individuals may be found negligent per se if they breached a California code or statute. Negligence per se means the person’s conduct is automatically considered negligent. Traffic laws violated in these accidents include:

If you or a family member was injured in a rear-end collision in San Diego County or Southern California, you may be entitled to compensation for injuries sustained from the at-fault driver. Take advantage of my offer of a free book, The 10 Secrets You Need to Know About Your Injury Case Before You Call an Attorney, to begin learning about your legal options. Then, fill out my online form to schedule a free consultation to discuss your accident and how I can assist you.