Joshua was injured when he was out riding his bicycle in San Diego, California on a bright sunny day. Little did he know that he would come face-to-face with an inattentive truck driver. As a bicyclist, you have to be diligent of your surroundings because San Diego has many freeways, roads, and streets. As much as we all would like it to be a "two-wheeled" world, we all survive in a "four-wheeled" world.

The driver of the Ford 250 truck pulled out in front of Joshua causing him to brake hard and fly off his bike head first into the back of the Ford 250. The truck driver broke a major safety rule of the road that is well established and well known: "one MUST pay attention to the roadway ahead of you, watch for other cars, pedestrians, and bicyclists."

Joshua was taken via ambulance to a hospital where he sustained head and spine injuries. He did not know what to do after the collision. He found me online and I met with him right away. I assessed the facts of what occurred, and I immediately knew I could become his voice and advocate for his injury claim against the at-fault driver's insurance company. Joshua was a great client. He had reasonable expectations, and he was very compliant with all his medical care. He was thankful his injuries were not as bad as they could have been. Always positive, we were able to reach an amicable resolution with the other insurance company.

If you or someone you know was injured in bicycle collision please feel free to give me a call and ask me questions - I will be more than happy to give you my opinion. Call me at (619) 813-7955. 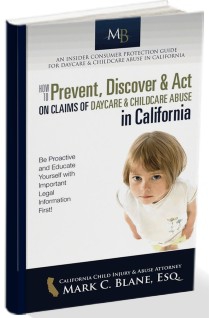 FREE Best-Seller: Wolf In Sheep's Clothing (What Your Insurance Doesn't Want You to Know & Won't Tell You Until It Is Too Late!)Request Information
En Español