Is the driver following behind always at fault in a rear-end collision?

In many rear-end collisions, the motorist following behind is determined to be at fault for the accident, but this isn't an ironclad rule. In some cases, the lead driver could be completely or partially responsible for causing the crash.

Why a Driver Who Rear-Ends Another Is Often Presumed Negligent 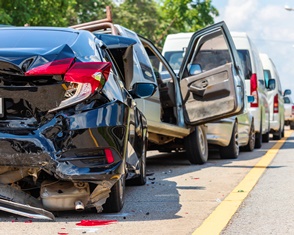 In California, there's an assumption the following driver is at fault in causing a rear-end collision. However, this is a rebuttable presumption—which means the courts accept this fact until provided evidence to the contrary.

This presumption is based on common California laws that motorists frequently violate, including:

However, without 100 percent certainty that the rear driver is negligent, there's always a chance to prove otherwise.

There are many instances where the lead driver's behaviors or vehicle conditions are proven to be reasons for a rear-end crash. Here are causes for complete or partial liability:

As in other types of auto collisions, only a driver found negligent in causing the crash can be held liable for compensating victims who suffered injuries.

Are you facing a rear-end accident injury claim?  Even if the other driver is determined to be at fault, this doesn't mean his insurance company will voluntarily pay the financial recovery you deserve. You need the help of an experienced car accident attorney. To learn about my track record of success helping other auto crash victims and how I can assist you, call my office to schedule a free consultation today.