Motor vehicles aren't the only dangers pedestrians face. They can also suffer serious injuries in knockdown accidents caused by bicycle riders, joggers, dogs, and other walkers. Fortunately, as our San Diego pedestrian accident attorney explains, under California law, victims can recover compensation for their injuries from the negligent party who knocked them down.

Drivers who strike pedestrians in a crosswalk, at an intersection, or in a parking lot can cause catastrophic injuries because of the size and weight of their cars. These accidents are often caused by the motorist’s negligent actions. In some cases, the driver also violated a basic California traffic law, such as: 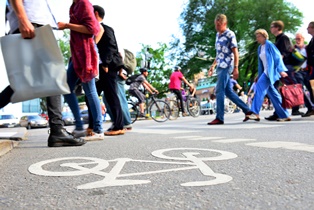 People also face other dangers of being injured in a pedestrian knockdown incident when walking along roads, in crosswalks, and on sidewalks in the San Diego area.

As a result, they may be saddled with long-term medical conditions such as serious fractures, traumatic brain injury, and back and spinal injuries.

Reasons for knockdown accidents include:

If the victim of a pedestrian knockdown accident is a minor under 18, special rules must be followed in California when settling a claim against the negligent party who caused the injuries. The child's parents can seek compensation on their behalf, but they must obtain court approval of the settlement. This is true whether they settle the case with or without litigation.