One of the worst experiences you can have as a parent is when your child is injured in a car accident, dog attack, slip and fall accident, or another frightening incident. Fortunately, they may be entitled to injury compensation from the individual or business at fault.

However, special rules must be followed under California law when settling a claim or lawsuit for a minor. One is that a judge must approve the settlement before it's finalized.

Why Must You Get Court Approval for a Child Injury Settlement? 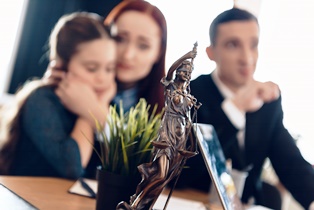 The settlement of a minor's claim is referred to as compromise of a minor claim in California. The purpose of the law requiring court approval of claims for minor children is to ensure the child's interests are protected. Here are ways that court approval protects children:

Who's Allowed to Enter Into a Compromise of a Child's Claim in California?

Minor children—considered to be individuals under age 18—aren't allowed to enter into contracts in California. They also cannot legally settle a claim or lawsuit on their own. An adult must do this on their behalf and file a petition asking a judge to approve the settlement. The following individuals can do this:

How to Get Court Approval of a Minor's Settlement

In order to obtain a judge's approval of a child's claim settlement, a petition must be filed. A MCC-350 or MCC-350EX petition can be used. There are two different procedures:

Is a Court Hearing Required?

The minor child and guardian ad litem must attend a compromise hearing, where the judge decides whether to approve the settlement. In making a decision, a judge considers the following:

How Settlement Proceeds Are Handled in California

The proceeds from a minor's settlement can only be handled in certain ways allowed under California law. Here are some methods for securing and distributing the funds:

Do you need to file a claim for your child after an auto collision, slip and fall accident, or other child injury accident? You need an experienced child injury lawyer in San Diego to fight for rightful compensation and to follow the correct procedures for approval of the settlement. Call my office to schedule a free consultation to learn how I can help.