Rear-End Motorcycle Crashes: Why They Happen and Who Is Liable For Causing Them 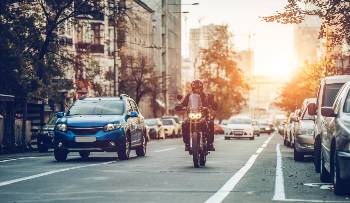 Many people mistakenly believe that rear-end collisions are not very serious accidents. However, victims can suffer life-altering injuries or death in these crashes—especially if they are riding a motorcycle when they are struck.

Drivers have a duty under California law to keep a safe distance between their vehicle and the one ahead of them so that they can slow down or stop quickly if traffic requires it. Unfortunately, this basic traffic rule is often violated when a motorist strikes a motorcycle in the rear. Here are the leading reasons why these preventable crashes occur:

Who Is Liable in a California Rear-End Collision?

The motorist in the rear will often be assumed to be the liable party in causing a rear-end collision. Why is this true? It will be presumed that they breached the duty to maintain a safe distance behind the motorcycle in front of them. Because of this, the insurance company for the at-fault driver is less likely to dispute their insured’s negligence in this type of motorcycle collision.

However, there are exceptions when a motorcycle rider who was rear-ended could be found to have caused the wreck. For example, if they stopped or slowed down suddenly for no reason, they may be the negligent party.

Although the insurance adjuster may not argue about the liability of their insured, this does not mean that they will offer a motorcycle accident victim a fair settlement. Instead, the insurance company is likely to raise arguments about the cause of or the seriousness of the motorcycle rider’s injuries in order to pay them less than they deserve in their settlement.