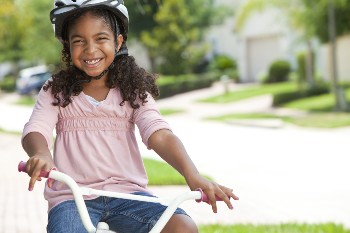 Your child could suffer serious injuries if they are struck by a negligent driver while they are riding their bike. They are relying on you to pursue their claim for compensation with the at-fault motorist’s insurance company.

What you do in the moments after the bicycle accident could have a direct impact on the amount of damages your child will recover from the motorist’s insurance company. There are seven crucial steps you need to take to protect their rights and obtain the maximum amount they deserve in their settlement.

You should move your child if they are not too injured so they are not hit by another motor vehicle. However, it is important to leave the bike in the same position it was in immediately after the bicycle accident. This can help the police determine how the crash occurred.

While you know to get prompt medical care if your child suffered obvious injuries, you may not realize how important this is if they appear to be unhurt or only suffered minor scrapes and bruises. They could have suffered a hidden spinal injury, internal bleeding, or a traumatic brain injury and not know it until days or longer after the collision when they begin experiencing symptoms.

You protect their health and their claim by having them examined by a doctor within 48 hours of the bicycle accident. You also avoid disputes with the insurance company about the cause and seriousness of their injuries by taking this important step.

You should call the police at the scene of the accident. They will investigate the cause of the crash and write a police report. The police report will contain information that can help you prove your child’s case, such as:

While you are waiting for the police to arrive, you should obtain the contact information for the driver and their insurance company. You will need it in order to file a claim on behalf of your child.

You should also get this information for any witnesses who saw the collision occur. Their testimony can be very persuasive in convincing the insurance company and jury that the motorist’s negligence caused the crash. If you do not get their contact information immediately, you may never be able to get a witness statement from them.

You need to preserve evidence at the scene of the bicycle accident that could help you prove the negligent driver’s liability to pay damages to your child. You should take pictures of the crash, scene, damages to the vehicle and your child’s bike, and your child’s injuries. You also should keep your child’s clothes, bicycle, and helmet in the same condition they were in right after the collision.

You don’t want to make mistakes that hurt your child’s case and force you to accept less money in their settlement with their insurance company. Errors you should avoid include:

You need to retain an experienced bicycle accident attorney as soon as possible after your child’s collision. They will help you collect the evidence you need to win their case, negotiate their settlement, and file a lawsuit if this becomes necessary. They will also understand the special procedures you must follow to obtain court approval of the settlement, which is required under California law for cases involving minor children.

Was your child hurt in a bicycle accident in Southern California? Contact my San Diego office to schedule a free, no-obligation case evaluation to learn how I can assist you in fighting for the compensation they deserve for their injuries.