What must be included in a petition for court approval of settlement of a child injury claim?

In California, all settlements of child injury claims must be approved by the court. There are slightly different procedures that must be followed if the settlement is without or with litigation. However, the same basic information needs to be included in a petition requesting that the judge approve the settlement.

Who Can Request Court Approval of a Child’s Settlement? 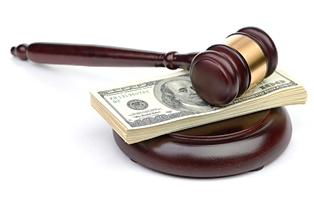 A minor is a child under 18. An injury settlement is referred to as a compromise of a minor’s claim. The purpose of requiring court approval is to protect the child’s interest and to ensure the money they receive is held in an appropriate financial account and spent on their needs.

Only these individuals can settle a claim on behalf of a child:

What Information Must Be Included in Your Petition?

In order to get a child's claim settlement approved, a petition must be filed with the court in the county where the child lives or with the court handling their lawsuit. The following information should be included in the petition:

The petition must be signed by the attorney and petitioner filing the petition under penalty of perjury. Once the petition is filed, there's a hearing, and during these proceedings is when a judge decides whether to approve the settlement.

Was your child injured due to another’s negligence? You need a skilled and dedicated child injury attorney to fight for the compensation they deserve and obtain court approval of the settlement. Start a live chat or call my San Diego office to schedule a free consultation to learn how I can help.