Some people are under the misconception that a walker or jogger can never be responsible for causing a San Diego pedestrian accident. While it's true that the majority of these tragic accidents are caused by negligent drivers, this isn't always the case. If you're filing a claim for compensation and were partially at fault in causing your injuries, here’s what our California personal injury lawyer says you need to know. 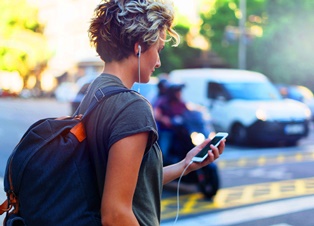 Pedestrians have a duty to exercise reasonable care for those around them and must obey California traffic laws. But there are many behaviors that are frequent contributors to a partial fault in an accident with a motor vehicle, such as:

How a Pedestrian’s Partial Fault Affects a Claim for Compensation

California follows the pure comparative negligence doctrine in pedestrian accidents and other personal injury cases. Under this law, a person's compensation is reduced by their percentage of fault in causing their injuries.

For example, if they were found to be 30 percent to blame, they could still recover 70 percent of the damages in their settlement.

If the insurance company argues that you were partially at fault in causing your accident, don’t simply assume it's right. It could be an unfair tactic to try to reduce what it has to pay you—or deny the claim completely.

Your first step should be to partner with a skilled attorney who understands both car accident and pedestrian laws. Through a proper investigation and examination of evidence, your legal counsel can prove the driver’s fault in causing your injuries. If you do share partial blame for the incident, they'll have strategies to deal with the insurance company’s arguments and with weaknesses in your case.